Samhain is a Gaelic festival, which marks the end of the harvest season and the beginning of winter or the “darker half” of the year. This Celtic tradition is still observed by some minorities today.

Halloween has its roots in Samhain, but they are not the same thing. Halloween has become a children’s favourite because of the opportunity to dress up, play games with friends and get free sweets and candies.

It is considered a kids festival but the original halloween involved the whole community.

The Irish Origin of Halloween: Samhain

Perhaps only a small minority may know of its origins in the ancient Celtic fire festival of An Samhain.

Dating back over 2000 years to Ireland, Samhain (pronounced “Sow-en”) was the pivotal point of the Celtic New Year, which marked the end of the summer and the beginning of winter.

At sunset on 31st October, Irish clans would commence the formal ceremonies of An Samhain by extinguishing all fires in the home and igniting one giant bonfire in their village centre.

Locals would then dress up and engage in dances around this bonfire, playing out stories from the Wheel of Life that focused on death, regeneration and survival.

The original An Samhain bonfire ritual of wearing costumes and ugly masks has survived as a modern custom.

The purpose was to scare away any malevolent spirits that may have been set free from the realm of the dead. Or as a disguise against vengeful spirits that may recognise their earthly adversaries during the rituals.

As the village would dance, animals and crops were burned as sacrifices to the Celtic deities, in order to thank them for the previous year’s harvest and encourage their continued goodwill for the next harvest.

During this ritual, the veil between this world and the Otherworld was believed to be at its thinnest.

This was a time when it was possible for the spirits of the dead to pass through and mingle with the world of the living.

The extra energy that this conjured up for communications between the living and the dead meant that Druid priests and Celtic shamans were afforded heightened abilities for perceiving fortunes for the coming year.

Jack of the Lantern

According to Celtic mythology, a young man named Jack made a pact with the Devil during a gambling session, resulting in the Devil agreeing that he would never take Jack’s soul upon death.

When Jack found a way to deceive the Devil and eventually died, he was refused entry into both heaven and hell for being such an unsavoury soul.

Jack was therefore condemned to roam the dark wilderness of Ireland for eternity. His only possessions were a burning coal and a turnip thrown to him by the Devil to light his way.

The Irish began to refer to this ghostly apparition as “Jack of the Lantern”.

They would make their own versions of him by carving out turnips, beets and potatoes, placing candles inside and leaving them at doors and in windows in order to frighten away wandering spirits.

Additionally, they would also honour the Samhain ritual of placing food and drink on doorsteps – namely “soul cakes” made of currant-studded bread and wine.

These were placatory offerings for household protection not only against the ghost of Jack of the Lantern but also from other evils such as the Irish fairies.

Origin of Trick or Treat

Households deemed to have been less than generous with edible offerings would therefore receive a “trick” played on them by these malevolent spirits.

This is where the modern form of Trick or Treat derives from.

When the Irish emigrated to the United States during the 19th century, around the time of the Irish Potato Famine of the 1840s, they took their Samhain traditions with them to America.

One of these traditions that is still alive to this day is the American practice of decorating pumpkins in order to deter unwelcome spirits from entering households.

This stems from the Celtic Jack O’Lantern legend.

When Christianity later swept Ireland in the fourth century because of Pope Celestine I and his Roman missionaries, Palladius and St Patrick, it became necessary to re-evaluate this traditional Celtic festival in the light of the new religious beliefs.

This began with the All Hallows’ Eve bonfires on 31st October.

A new feast day named All Saints’ Day was introduced on 1st November to commemorate the Christian saints and martyrs.

All Souls’ Day followed on 2nd November, when concluding prayers were said for the souls of the departed so that they could ascend from purgatory to heaven.

According to Celtic mythology, Jack of the Lantern is not the most feared of the wandering spirits during the time of the trick-or-treating ritual.

It is the fairies, if angered, who have the potential to cause much more mischief. The malevolent fairy most associated with the origin of Halloween is the Puca, who is better known as a “shapeshifter”.

Usually taking on the form of animal shapes such as horses, the Puca was thought to wreak havoc on the livestock and people of the Irish countryside.

Amongst other spine-chilling Samhain terrors were also the Fomorians and the Leprechauns, who would attempt to steal earthly treasures such as gold, grains, milk and live children to take back with them to the Otherworld.

The Banshee is the female fairy who warns of impending doom and death by giving a piercing eerie wail (known as the “Banshee scream”).

This cry is usually believed to precede the appearance of a funeral carriage drawn by a headless horseman.

In addition to the Halloween fairies, Jack O’Lantern and Trick or Treat traditions, An Samhain was also a time for Celts to focus on traditional games with food.

These games were used as a means of looking to the future for evidence of their likely fortunes for the year ahead.

Apples were used in a variety of ways as a divination tool.

For example, it was believed that if the apple peel was permitted to drop to the floor during peeling, this would form the initial letter of a future wife or husband.

Apples also featured in the “bobbing for apples” game, where the objective was to obtain the apple from a barrel of water using only the mouth.

Many other games were related to courtship, and a good example of this was the “Bowl of Colcannon” fortune-telling game.

A ring or thimble was placed into a bowl of this Irish potato and cabbage dish and then situated in the middle of the table, where guests would take a spoonful before dipping it into the central butter well.

The lucky person to have found the ring inside their spoonful was deemed to be “marriage material” and was destined to find a suitable match within the year.

If, however, someone found the thimble instead of the ring, this denoted a life without marriage or love.

Halloween Around the World

Nowadays, most of the Halloween traditions enjoyed by many cultures around the world have symbolic parallels with the Celtic An Samhain traditions.

Whether this is the “Day of the Dead” in Mexico, the “Festival of the Dead” in Italy or Bonfire Night in the United Kingdom, as winter draws closer attention naturally turns to ways of symbolically marking the events and concerns of life regarding death, regeneration and survival.

Therefore, whether carving a Jack O’Lantern, arranging soul cakes on the doorstep for the Puca fairies or preparing to count bounty from the Trick or Treat ritual, it is worth remembering that these contemporary celebrations all honour an ancient, originally Irish tradition. 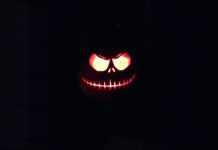