The Hunt Museum, situated in the heart of Limerick, has some of Ireland’s best examples of art and antiquities. As one of the nation’s most exciting museums and galleries, the Hunt Museum attracts thousands of culture-loving visitors from all over the world each month. With some 2,500 items on permanent display, the museum is home to such important and varied pieces as Stone Age artefacts, Picasso drawings and 20th-century designer dresses. The museum was made possible thanks to a successful partnership between a number of private and public bodies, including the University of Limerick.

The eclectic and often surprising nature of the museum’s art and antiquities collection makes it a must-see for visitors to Limerick. The museum will appeal to anyone with even the vaguest interest in the history and culture of Ireland and Europe thanks to the incredible variety in its exhibits. After a lengthy search for the perfect home for the extensive Hunt collection, the museum has been located in Limerick’s Custom House since 1997. The museum aims to appeal to visitors of all backgrounds and ages and offers a wide variety of educational courses and programmes. From its humble beginnings in a single exhibition room at the University of Limerick, the Hunt Museum, with its spellbinding display rooms and galleries, has gone on to become one of the country’s most visited museums.

John Hunt (1900-1976) was an esteemed antiquarian, collector and historian who worked with a number of private collectors and institutions. Throughout his distinguished career as an expert in art and antiquities, John, together with his wife Gertrude, acquired a great many pieces for the Hunt collection. In addition, John Hunt’s interest in prehistory led to the creation of both the Lough Gur and Craggaunowen visitor centres. He was also responsible for encouraging Lord Gort in the restoration of Bunratty Castle and is to this day commemorated by a bust inside the castle. His dedication, curiosity and passion live on today in the sheer variety and volume of pieces on display in the Hunt Museum.

The Hunts, who originally lived at Lough Gur before relocating to Dublin, were known for collecting items out of curiosity and love rather than for financial reward. As their focus was on pieces that directly appealed to their own interests, their collection is particularly fascinating and eclectic. Somewhat unusually, they originally displayed their valuable and extensive collection in their own home.

The Search for a Home for the Collection

As the Hunts aged, however, they realised the scale of their collection meant it required a designated home. Initially, the Hunts approached the Irish government with an offer of their vast collection. The government refused, and the search for a suitable permanent home became more urgent. In 1974, the Hunt Museum Trust was formed, and it was decided the collection would be held at John and Gertrude’s property at Craggaunowen. This four-storey 16th-century house had been lovingly restored by the Hunts. Housing the collection at Craggaunowen was only a temporary solution, however, and the Trust continued to search for a permanent home. Dr Tony Ryan, chair of the Trust, was instrumental in creating the renowned museum the Hunt collection has grown into today, and formed a public-private partnership with a number of local and national bodies to eventually secure the museum a permanent home.

While searching for a suitable place in which to store their antiques and works of art, the Hunt family became acquainted with Professor Patrick Doran and Dr Edward Walsh of the National Institute of Higher Education (now Limerick University). Doran and Walsh agreed to take a substantial proportion of the collection and house a number of items on a temporary basis.

The Hunt Museum first opened in 1978 in an exhibition room of the National Institute, with the architect Arthur Gibney designing the display.

The Hunt Museum is now located in one of the Limerick’s most distinguished historical buildings. The Custom House was designed by Davis Ducart, the celebrated Italian architect, in 1765. With its limestone exterior, the building certainly stands out from Limerick’s other Georgian structures, which were generally constructed using red brick. The striking Palladian-style Custom House was originally the customs and excise administrative centre for the region. It also enjoyed a spell as the home of Limerick’s customs collector before housing a post office in the 1840s, when a new postal system was introduced.

In the 1990s, the Office of Public Works began a major restoration project that would see the building refurbished and re-purposed. Funding and planning for the museum were the result of a partnership between a number of public and private institutions. The Hunt Museum relocated to the Custom House upon completion of the restoration, and the museum was formally opened on 14 February 1997 by Taoiseach John Bruton. Each year, the Hunt Museum celebrates the anniversary of its opening with a free open day, complete with special events, tours and activities.

Sadly, neither John nor Gertrude Hunt lived long enough to see this celebration of their life’s work, but the museum stands as a testament to their curiosity, passion and generosity.

Highlights of the Hunt Museum

John Hunt in particular was fascinated by early Christian art and added relevant artefacts to his collection whenever he could. The collection contains historically significant pieces, including the Antrim Cross, a bronze cross from the ninth century originally found in County Antrim. This five-armed cross is one of the museum’s most importance pieces. Other items from the religious collection include the Cashel Bell and the bronze Hohenzollern Crucifix. Many of the religious artefacts can be found in the museum’s Treasury Room, where visitors will be able to explore items such as statues, rosary beads and other religious pieces from all over Europe.

As well as an extensive collection of antiques and historical artefacts, the Hunt Museum is renowned for its art collection, including works by some of the most celebrated artists of the 19th and 20th centuries. Pieces by Henry Moore, Pablo Picasso, Roderic O’Conor, Pierre Auguste Renoir and Jack B. Yeats are all on permanent display at the Custom House and attract art fans from all over the world. There is also a varied fashion collection, including accessories and clothing dating up to the 20th century.

Lifelong Learning for All Ages

The Hunt Museum prides itself on its accessibility to all ages and backgrounds and offers a wide variety of programmes and activities to visitors. It welcomes children as young as primary-school age and regularly hosts fun workshops and tours designed to stimulate and engage young minds. It welcomes children who have never set foot inside a museum before and aims to introduce them to the wonders of learning about history through art and artefacts. The museum also caters to older children and teenagers, with a number of tours and events suitable for post-primary-school students.

Adult learners and those in higher education are invited to collaborate with the museum via its programme of events or simply by making use of its various spaces, some of which can be hired for private use. The museum also demonstrates its commitment to lifelong learning with a number of academic courses, bookable in advance via email or telephone. As an important cultural hub of the city of Limerick, one of the nation’s foremost museums, and home to some of Ireland’s most important art and antiquities, the museum takes part in a range of community outreach programmes as it aims to foster strong links with local residents and visitors alike. Whether you have a casual interest in Irish or Christian culture or are a keen student of the topics, you will find the prefect course, tour or workshop for your interests at the museum. The museum also regularly hosts temporary exhibitions covering a huge range of interests and topics. Details of current and upcoming events can be found on the museum’s website.

Like the virtual homes of many top museums, the Hunt Museum website is a goldmine of information and a fantastic resource for anyone wishing to know more about the Hunts and their extensive collection, as well as Irish and Europe culture through the ages. The museum has painstakingly catalogued its entire collection and has shared pictures and details of each item on its website. This allows you to peruse the collection online and view high-quality pictures of any item you like. Exploring the museum’s art and antiquities at leisure in this way allows for a greater understanding and appreciation of many pieces. As well as a detailed description of each item, you’ll find information about where the piece was found and any other interesting facts the museum has about its history. From its early days as a collection in a private residence, to its reincarnation in a University of Limerick exhibition room and finally to its current home, the Hunt Museum has always enthralled, educated and entertained.

The Hunt Museum lies only a five minute walk from the centre of Limerick City in the Custom House on Rutland Street overlooking the river Shannon – see the map below. It is well sign posted from the city centre and is only 15 minutes’ walk from the train station.

It is open Monday to Saturday from 10am to 5pm with late openings until 8pm on Thursdays between May and September, and 2pm to 5pm on Sundays and Bank Holidays.

When visiting The Hunt Museum you can choose to explore the collection by yourself or take one of the regular guided tours. The tours are about an hours duration and are well recommended. 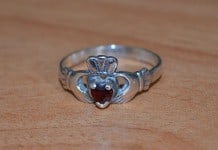 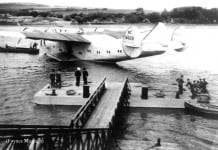